A framed photo collage of Chieftin Campbell at the front of Victoria Town Full Gospel Assemblies church during his funeral service on Saturday. (Photos: Kasey Williams)

Campbell, who was described as a well-respected citizen and dedicated community member of Victoria Town in southern Manchester, died after a crowd of people beat him on lower Manchester Road on May 6.

Among those in attendance at the funeral are head of the Manchester police Superintendent Lloyd Darby and Councillor Claudia Morant-Baker (Jamaica Labour Party, Porus Division).

Taxi operator, Orlando Powell, who made his first court appearance on June 2, has been charged in relation to Campbell’s death. 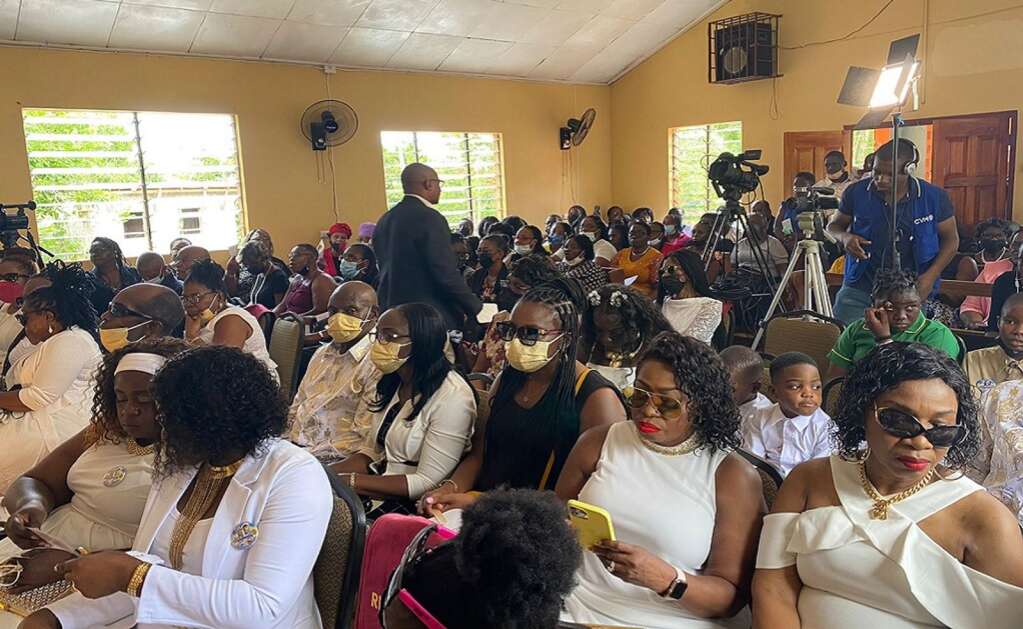 He is said to have mistakenly identified Campbell as a thief.

No Need for Panic Buying

No Need for Panic Buying

England women to tour the Caribbean