by Staff
in Suriname, World
0

Suriname plans to launch a licensing round for deepwater acreage in the fourth quarter this year, according to Annand Jagesar, managing director of national oil company Staatsolie.

The official made the comment at the Suriname Energy, Oil and Gas Summit.

Meanwhile, a call for bids for shallow areas is scheduled for 2023, said Jagesar, who highlighted however that Staatsolie has in place an open-door policy for blocks.

“There is a lot of open space … almost 60% of the acreage is still not under contract,” he told participants.

Last October, the state company closed the open-door offering for five blocks which did not attract proposals in the round for eight shallow offshore areas. 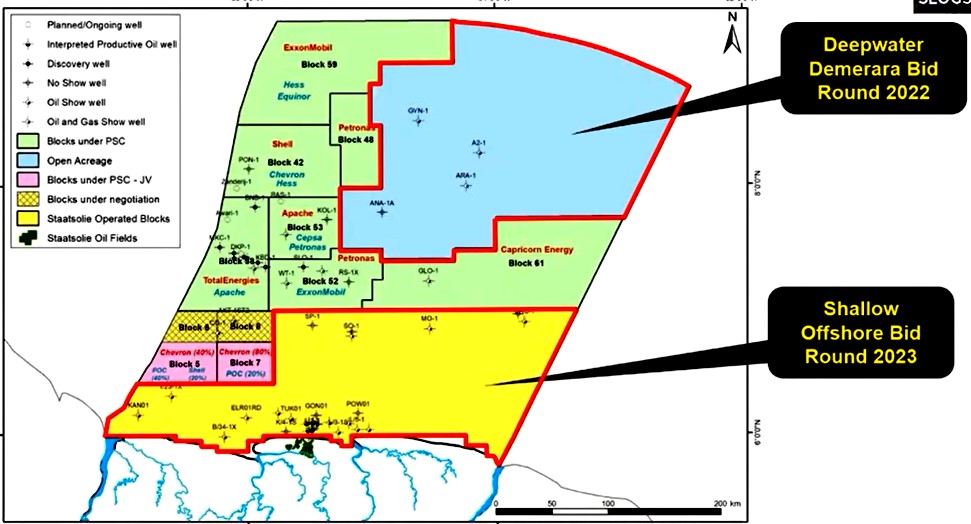 For his part, Staatsolie VP offshore Glenn Corrie said that since 2019, nine deepwater exploration wells have been spud, six of which discovered commercial quantities of oil and gas.

Corrie added that five high impact exploration wells will be drilled this year, targeting in total 2.5Bb of recoverable oil, while an appraisal program is being carried out at block 58.

Regarding block 58, natural resources minister David Abiamofo said: “We are moving towards the final investment decision in block 58, I’ve been informed, and furthermore, that this could be a bigger development than we first envisioned.”

Tullow Oil PLC slides as it gets another duster in Guyana

Experts call for “better-built” schools in the Caribbean

Tullow Oil PLC slides as it gets another duster in Guyana