While all the attention has been placed on Burna Boy’s performance at the Tobago Music, Arts and Culture festival next month, the event is so much more than a night with the self-proclaimed African giant.

In fact, his performance is symbolic of the aims of the festival, which was created as a platform to display the work of Tobago’s entrepreneurs.

“With this festival, we are bringing the global market to them, so Burna Boy is just not about a concert, he is a symbol of that global megastar that has a connection to who we are. It was intentional and purposeful to go with a Nigerian artist,’ explained Arlene Lyons.

“If people are to be their best selves then they must be proud of who they are so that part of it, going back to roots, and the connection in the festival to our ancestry and getting connected to the Nigerian community, that part is important too, because that is where the resolve and inspiration will come from for those creative and entrepreneurial talents to really bear fruit,” she said.

TOMAC is the brainchild of Arlene, owner of US-based cosmetology school Esani, Paul Mitchell the School, and her sister Corelli, a former banker, business woman and passionate lover of culture.

Born and raised in Scarborough, Tobago, they birthed the idea of the festival during the last two years when the pandemic lockdowns ground everyone’s life to a temporary halt.

That was when the sisters started thinking about legacy and discovered creative talent within their own family. In carving a space for their nieces and nephews, they stumbled upon a treasure trove of talent on the island.

TOMAC will be dedicated to Tobago-born calypsonian Lord Nelson

They formed the Pride of Tobago Foundation and Catch the Wave Tobago Inc, two organisations aimed at assisting entrepreneurs.

The Foundation provided much-needed help to people during the pandemic while Catch the Wave provided crucial business support.

With everything confined online at that time, they used social media to find and promote talent.

Their first initiative was the production of a live show, Live with Jay B, which ran for a year. The show focused on highlighting the talent, creativity, and entrepreneurship of Tobagonians.

“We hit the ground and reached out to persons, from the youngest farmer in Tobago to the guys who blow the conch shell to entertain and perform at funerals and weddings to those who made jewelry from recycled material, it was phenomenal the types of talent we discovered,” said Corelli.

She said the richness of the talent they unearthed, however, was set against a mindset of dependency, and as such, it motivated them to create opportunities at home and abroad for hundreds of people over the last two years.

Determined to wrest Tobagonians out of that dependency syndrome and capitalise on the entrepreneurial spirit they possess, the sisters developed and designed programmes and platforms to do that.

“Entrepreneurship is what Tobago is made of and what we have to bring to the world market. Seeing over the years that Tobago had slowly become from where people say Tobagonians are the most hardworking, productive, best this, best that to that dependency state where people are jaded with their own talents…we started the push to say no, stand tall as an entrepreneur, stand tall as somebody with a unique talent,” Corelli said.

‘For all the talent we picked up, many of whom we were able to showcase, we decided to build an entrepreneurial movement in Tobago, we want to create and shift from where it was a THA and state dependency economy to one that is an entrepreneurial economy.”

Arlene with Anthony Claxton of Krew Kutz on the right and young Tobagonian barber Javanne Williams.

They created an entrepreneur’s network through golf called The Golf and More Experience (G.A.M.E) to create a meeting space and motivational environment.

TOMAC is another step in the pipeline that now brings to the marketplace all the talent that they discovered, developed, and armed with the relevant skills.

Beyond providing a business outlet, TOMAC, which will be an annual festival, is also about educating young Tobagonians about their history and paying homage to their ancestors.

“It is going to encompass the importance of paying homage and respect to our ancestors. The festival will include looking back at our ancestry, our elders, looking at our customs and traditions. Why do we have the dirt oven, what is in the whole question of how we cook, the utensils that we use?” Corelli asked.

The festival opens on October 23 with the opening of the festival village and a showcase of arts and crafts. The 24th will see the symbolic mixing of the salt and soil of Tobago and Nigeria, as that is a country where many Tobagonians can trace their roots. That same day will see the opening of the TOMAC festival Cottage in Plymouth and there will be a signature concert in honour of Lord Nelson who was born in Plymouth.

On October 25, there will be a youth empowerment seminar and cultural presentations featuring the flag dance, tambrin band and spoken word.

The 26th focuses on wellness and a pop-up museum with art and sculpture from Tobagonian artists as well as artifacts. The Burna Boy concert will take place on the 27th.

The festival will also allow people the ability to do DNA testing and will be environmentally conscious with the use of recycling bins and water refill stations as plastic bottles will not be allowed.

Asked about the timing of the festival, the sisters said they had no idea that Carnival was going to take place when they planned the event. Tobago Carnival officially takes place from October 28 to 30.

“This is not a carnival event, this is a whole movement of bringing people on board and this is an opportunity to make people independent, to take the shackles off of us where we have been kept in that dependency, welfare mindset,” Corelli said. 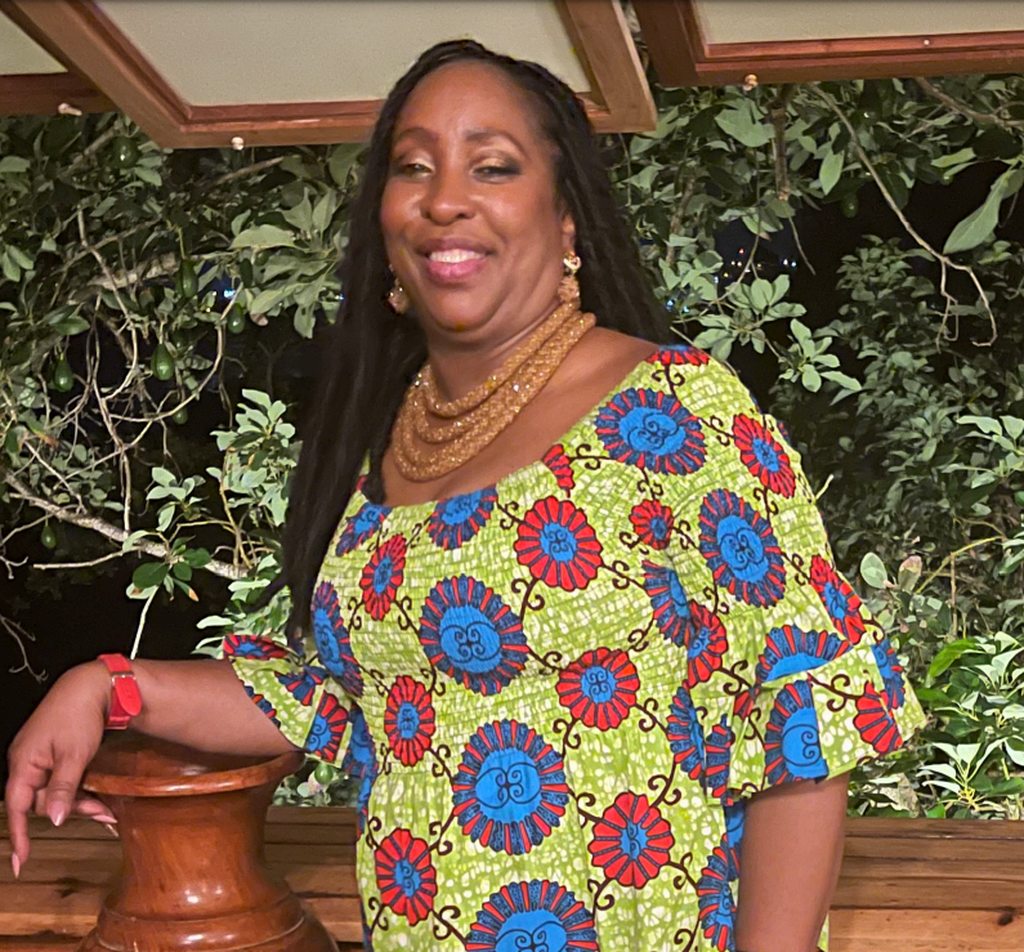 To accommodate the demand for the privately funded festival, particularly the Burna Boy show, chartered flights are being negotiated, the sisters revealed.

Growing up as two of six siblings, Corelli and Arlene’s mission to help others was built into their DNA.

Their parents, both of whom were primary school educators, spent a lot of their lives helping others and as such, they are now dedicated to continuing the examples their parents set in creating a legacy for others.

Man shot in the face in PoS

Outlook for the Barbados economy in 2023