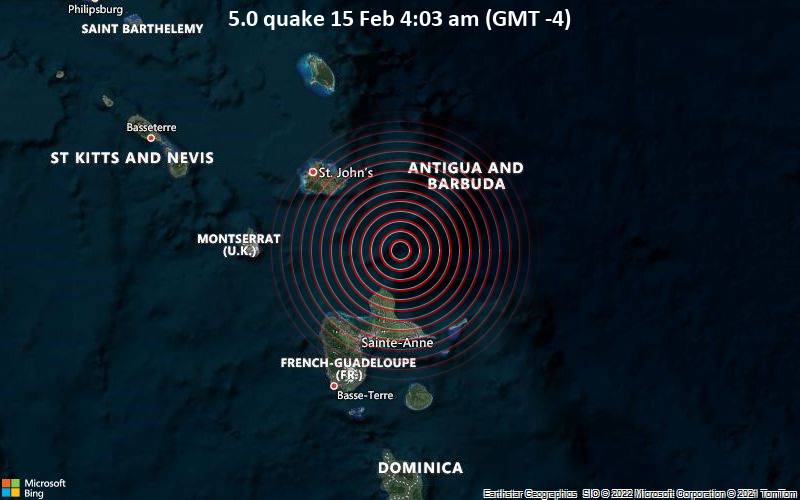 An earthquake of magnitude 5.0 occurred early morning on Tuesday, February 15th, 2022, at 4:03 am local time near Les Abymes, Guadeloupe, as reported by the German Research Centre for Geosciences (GFZ).

According to preliminary data, the quake was located at a moderately shallow depth of 58 km. The exact magnitude, epicenter, and depth of the quake might be revised within the next few hours or minutes as seismologists review data and refine their calculations, or as other agencies issue their report.

Based on the preliminary seismic data, the quake should not have caused any significant damage, but was probably felt by many people as light vibration in the area of the epicenter.

Where was Death in Paradise filmed? Set location of BBC drama series

Another Dominican killed in Guadeloupe

Another Dominican killed in Guadeloupe