The courtroom was filled to capacity by lawyers who gathered at the High Court in Roseau for the special sitting to pay tribute to attorney-at-law, Kevin Williams, who had died in January, this year, in England.

Some even broke down in tears as they paid tribute to “their fallen comrade” who they all described as an “honest individual” who knew the law.

“Dependable, witty, hardworking, dedicated, honest” are just some of the adjectives used to describe Kevin Williams.

“He was dependable and reliable.  He knew the law. He was the law, and he lived the law.  I was even more convinced of his love for the law in his later years when he was faced with health challenges. He was sharp and selfless and always responded with alacrity.  I visited him sometime last year, shortly after an operation in London.  We had an interesting exchange.  He disguised his suffering and gave me an update of everything I had missed in Dominica during the week that I was out,” Duncan Stowe remarked as he paused to wipe away tears.

Williams’ wife, Singoalla Blomqvist-Williams, tried hard to hold back the tears as she listened to the many tributes. In her address to the court, she described her late husband as a true, honest and hardworking advocate of the law.

Justice Wynante Adrien-Roberts and Birnie Stephenson, who presided over the proceedings, also described their interactions with the late Williams and concluded that he was a very humble and hardworking individual who was always on top of the law.

A moment of silence was also observed in open court and the court ordered that the full transcript of the proceedings be certified by the registrar and sent to his widow.

As you are aware, COVID-19 has infected several individuals in Dominica with a high probability of affecting many more. In direct response to this anomaly, the Parliamentary Representative for the Salybia Constituency has joined forces with the Kalinago Council and other stakeholders to operationalize a task force to plan and coordinate activities relating to COVID-19.

The Government of Dominica has taken steps to ensure border security and mitigating against in-country transmission. The social and economic impact of COVID-19 is of great concern to us especially as we anticipate shortages in food, medicine and other essential supplies.

We have gathered all the data as it regards persons with vulnerability to include the elderly, pregnant mothers, babies, physically-challenged and persons with chronic diseases who may be immobile due to quarantine measures. The intention is to provide services to them in their area of need.

In the eventuality of a countrywide lockdown, the Government of Dominica has made arrangement for the provision of food supply. Our local response to this is ensuring local logistic and transportation measures are in place to facilitate that component of mitigating against the impact COVID-19. Additionally, we will make available seedlings and cuttings and fertilizers for farmers/families to plant backyard garden. Also, animal feeds for livestock farmers. These measures will ensure that meat, fresh fruits and vegetables are available in the short run for our residents.

We will continue to ensure that provisions are made to mitigate against all eventuality arising from COVID-19 to include infections, fatalities, food shortages, shortages of essential supplies.

We encourage further, similar as the call from the Government has been to maintain and observe the protocols that have been outlined by the Ministry of Health, Wellness and New Health Initiatives.  These are Social Distancing and practising Proper Hygiene.

We understand that combating COVID-19 requires a collective effort and we are pleased to join forces with the Kalinago Council and local stakeholders to prepare for any eventuality.

Below are the names of people you can contact should you require any information. 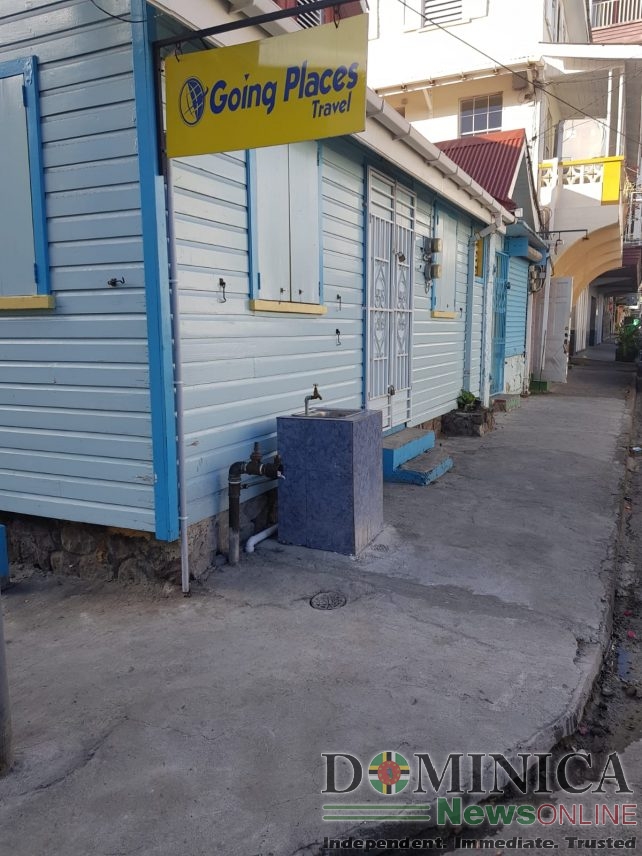 In light of the Corona Virus Pandemic, the Dominica Agricultural Industrial and Development Bank (AID Bank) will be undertaking certain precautionary measures to safeguard our team of banking professionals and our valued customers.

Effective immediately, the bank has implemented the following measures to minimize the risk of the spread of COVID-19.

ALL are encouraged to heed the advice of the medical professionals this time!

The general public will be notified of further changes to the bank’s operations when necessary.

Edinburgh festivals cancelled due to coronavirus