Trinidad and Tobago finished the 2022 IMMAF Pan American Championships fourth on the medal table. Their medal haul included one gold medal, one silver and one bronze.

Leading the haul of medals for the Caribbean nation was Jeremy Rodulfo .

The Heavyweight overcame two opponents in as many days to take victory at the tournament, finishing them both via TKO/KO. In the semi-finals, he made quick work of Mexico’s Marco Mendez Rodriguez , getting him out of there in less than ninety seconds.

His gold medal-winning match-up saw him overcome Guyana’s Carl Ramsay in the closing twenty seconds of the second round. Over both days, Rodulfo shone, displaying dominant grappling and striking ability in the division.

Following his achievements, Rodulfo recognised the hard work of both federation President Jason Fraser and Head Coach Warren Gill, thanking both for their hard work and commitment to the athletes. He went on to detail how it felt to stand on the top of the podium.

“It’s a wonderful feeling conquering my division. Winning gold at such a prestigious event and putting my country on the Pan American map. Just hearing the Trinidad and Tobago national anthem playing was a joy that I saw fill the eyes of our coaches and President.”

It wasn’t the first time Rodulfo competed at the Pan American Championships. His last outing in 2020 taught him plenty of lessons, which he brought into his contests in Monterrey.

“Losing at the last Pan American Championships taught me that there are no friends in the cage. It’s strictly business, and you should try and be the first one to start. It also taught me the importance of emotional control in the cage, being a well-rounded warrior and having a strong game plan to suit each opponent.”

He added how the team’s success hopefully raises the popularity of MMA in Trinidad and Tobago.

“I’m 100% sure that not just my win but the success of the team will aid in raising the popularity of the sport. It will also bring new faces and revitalise the existing ones. Our federation is already doing a lot of work in having the sport in every corner of our country. I believe with the accomplishments of our team performance, the government of Trinidad and Tobago will support our beautiful sport of MMA.”

Before making waves on the amateur MMA circuit, Rodulfo was fascinated by boxing and was in awe of some great boxers as a child. It led to him joining a boxing gym, but after being forced to close down, he switched to MMA and Sambo with the help of Jason Fraser and Joash Walkins. The switch has not only led to regional and continental success in MMA but also in Sambo. He explained:

“My first sambo competition came 2-3 years after [my first MMA fight], in which I was also a gold and bronze medalist at Pan American level for Sambo. Last November, at the Sambo World Championships in Tashkent, Uzbekistan, I won the first bronze medal for Trinidad and Tobago. And I was the only person from the Pan American region to medal at last year’s World Championships.

The 26-year-old isn’t sure what is next in the short term but is proud of what he has achieved. However, he does anticipate a return to the next set of World Championships, where he plans to be back and better than before.

“Honestly, I don’t have many hopes, maybe some recognition at home, I am self-employed, so maybe, some new clients at my gym, I don’t know. Trinidad and Tobago is sweet, but it’s a strange place. I feel accomplished making my country, family, and self proud, and I look forward to refining my skills and learning some new ones. When it comes to the World Championships, once God continues to bless me with a healthy mind and body, I will be present and better than you saw me at the Pan Americans.” 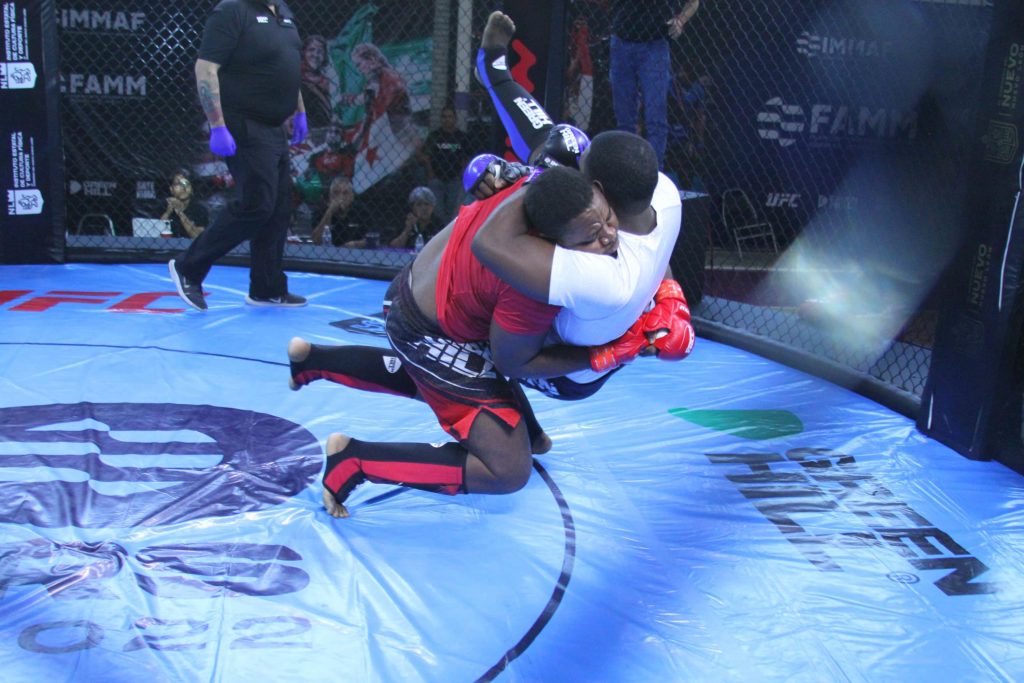 
Legal Disclaimer: MENAFN provides the information “as is” without warranty of any kind. We do not accept any responsibility or liability for the accuracy, content, images, videos, licenses, completeness, legality, or reliability of the information contained in this article. If you have any complaints or copyright issues related to this article, kindly contact the provider above.

Calling All Artistes: The Caribbean Rhythm Showcase is back!

Rising interest rates: When will it end?

Trinidad Cardona On Recording “Love Me Back,” His Next Single, Def Jam, Career Goals & More

Rising interest rates: When will it end?

Trinidad Cardona On Recording “Love Me Back,” His Next Single, Def Jam, Career Goals & More