James Rodway’s 1891 ‘History of British Guiana’ includes this description picturesque in its imagery of physical infrastructure:

“… every acre at present in cultivation has been the scene of a struggle with the sea in front and the flood behind. As a result of this arduous labour during two centuries, a narrow strip of land along the coast has been rescued from the mangrove swamp and kept under cultivation by an elaborate system of dams and dykes’

An arrogant ‘can-do’ spirit exists amongst some who believe human capacity to create physical infrastructure defeats nature. This notion of ‘defeating nature’ is misplaced. A complex issue, it cannot be fully explored here. Suffice it to say, nature shall always win. We should cooperate with nature as the raptor does, gliding on an air current or updraft, rather than try to overpower elements of the natural world. Doing otherwise is futile.

The ministry of public infrastructure continuously highlights destructive Spring tide flooding. Georgetown, coastal and riverain communities are vulnerable. Consider this 2011 image of the Sea Wall in disarray. Reconstruction work has been done. Here’s a link to the work of an enterprising young Guyanese highlighting the issue :

Part of the Sea Wall in disarray. © 2011 Wilberne Persaud

Was this neglect, no funds? Was it both? Perhaps we need not answer that, for, with the turmoil surrounding the recent elections over, one primary order of business is restoration and creation of infrastructure. The good news: hitherto unimaginable wealth creation is today’s possibility. Discovery and initial activities surrounding offshore oil production present true potential.

Billions in oil revenue should fund innovative infrastructure renewal and development. Among priorities: economic diversification, providing the population greater opportunities, increased trade with neighbours alongside connecting hinterland communities. Additionally, two bold thrusts for progress include the relocation of the capital city and encouraging both return and new inbound migration. These are bold but not altogether new ideas. Stemming the migration brain drain and achieving critical population mass are obviously beneficial prerequisites for true development.

How to achieve these? Apart from the immediacy of reducing poverty impacts, transportation is a good beginning roads, river bridges. Buses, commercial trucks and private motor vehicles in urban areas compete for space along continuously over-crowded thoroughfares. Public passenger transportation is indeed hazardous much of it unsafe, operating entirely contrary to official regulations. For the ‘Interior’ as it is called, benign neglect is perhaps the only accurate description: see Parika Ferry Stelling below. 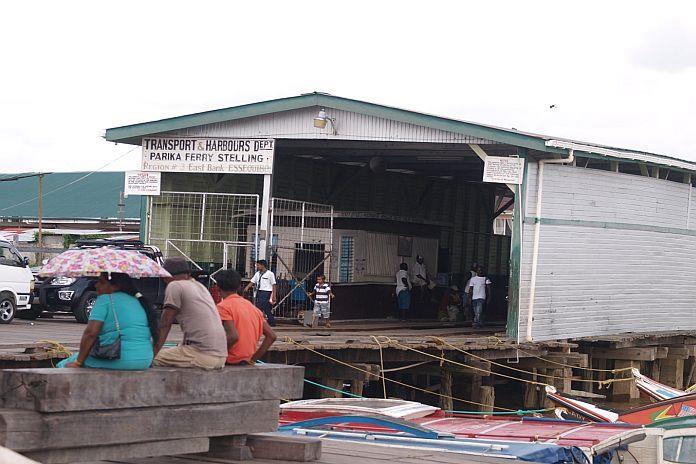 Transportation for commerce and developmental projects is also a drag. Yet the citizenry soldiers on in pursuit of a hard-to-win worthwhile life. 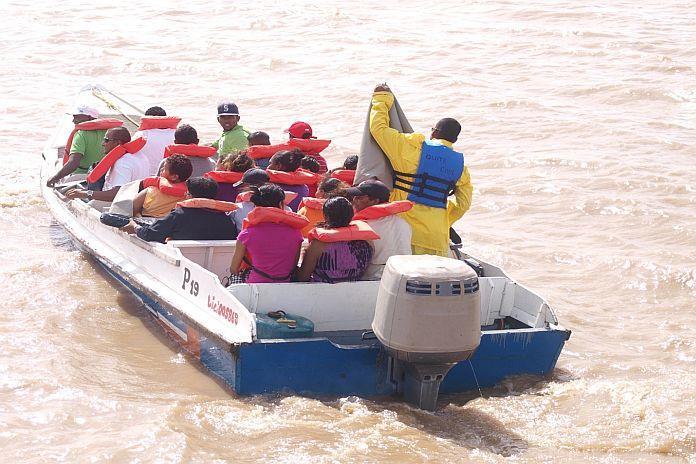 Yet the citizenry soldiers on in their pursuit of a hard to win worthwhile life. © 2011 Wilberne Persaud

Additionally, the change required is not merely maintenance and modernization of physical infrastructure. The conception of infrastructure we contemplate is a holistic one. It encompasses all the cooperating social and economic elements required for creation and maintenance of a fully functioning society in our world of rapid technological change.

This requires attention to all those activities which, often relegated to ‘Social Sector’, take second place. Institutional strengthening is a must. Electoral reform, health, education among others all need urgent attention. Fact is, precious little economic activity can truly be sustained by an unhealthy or uneducated population. Foreign language learning, precluded by our ‘British heritage’, today despite GOOGLE translate—makes Spanish and Portuguese mandatory in school and necessary for effective engagement with our neighbours.

Finally, abandonment of winner-take-all politics must accompany avoiding the dreaded Dutch disease, corruption and wanton misuse of windfall riches. We discuss these in future columns.


Legal Disclaimer: MENAFN provides the information “as is” without warranty of any kind. We do not accept any responsibility or liability for the accuracy, content, images, videos, licenses, completeness, legality, or reliability of the information contained in this article. If you have any complaints or copyright issues related to this article, kindly contact the provider above.

Opening of Pegasus expansion delayed to May due to COVID-19

Minister Abrahams welcomes new Chairman and Directors of CBC board

Armie Hammer wants Elizabeth Chambers to return to US | Entertainment