The vibe and energy of our region flowed last evening in Gaudeloupe as the first Caribbean Games was officially opened.

Over 800 athetles and officials from 22 countries and territories crossed the Estadio René Serge Nabajoth’s track in Les Abymes displaying their national pride.

The opening ceremony, which was produced by Jannas Michaël, included over 165 dancers and musicians.

Brian Lewis, President of the Caribbean Association of National Olympic Committees (CANOC), is excited that the Caribbean Games finally became a reality given that they had to be shelved due to two pandemics.

“Against All Odds, We have created History! They said it couldn’t be done, we had to overcome two pandemics in 2009 (H1N1) and then in 2020 (COVID-19) but through it all we stood on the shoulders of our ancestors and showed that unity is our strength and strength is our unity,” Lewis remarked in his speech as he declared the games open.

Thomas Bach, President of the International Olympic Committee, called on the athletes, officials and volunteers to savour the moment and to do their best. 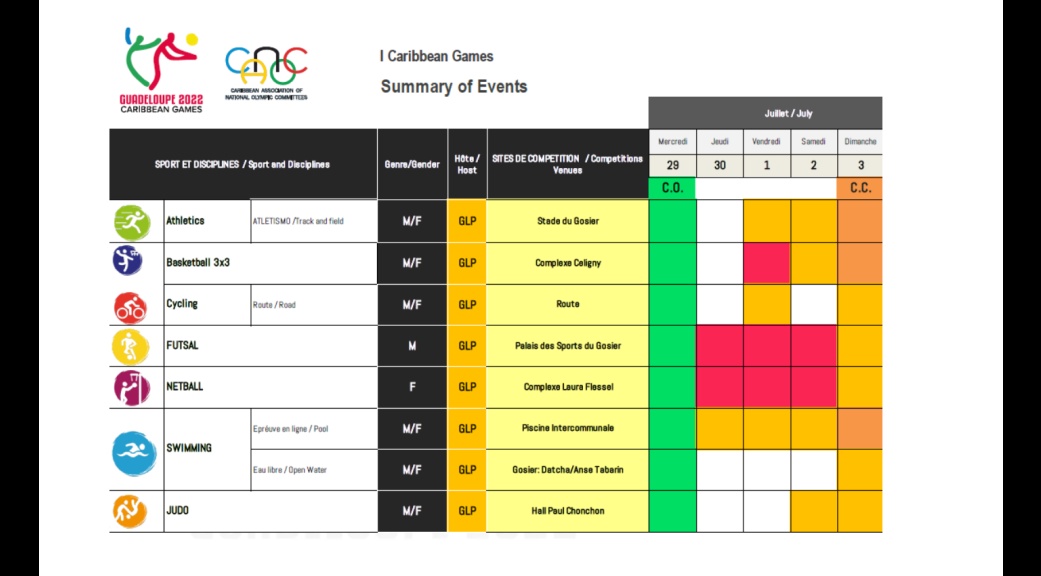 “You are writing sporting history with these first-ever Caribbean Games. After being postponed twice, these games give all of us confidence and optimism for the future. They are a symbol of resilience and solidary for the youth of the region and beyond,” Bach stated.

The official symbol of the Caribbean Games 2022 is the Conch Shell.

Former French Sports Minister, Laura Flessel, who is the most decorated French/Guadeloupean female athlete, brought the shell into the stadium to kick off festivities. 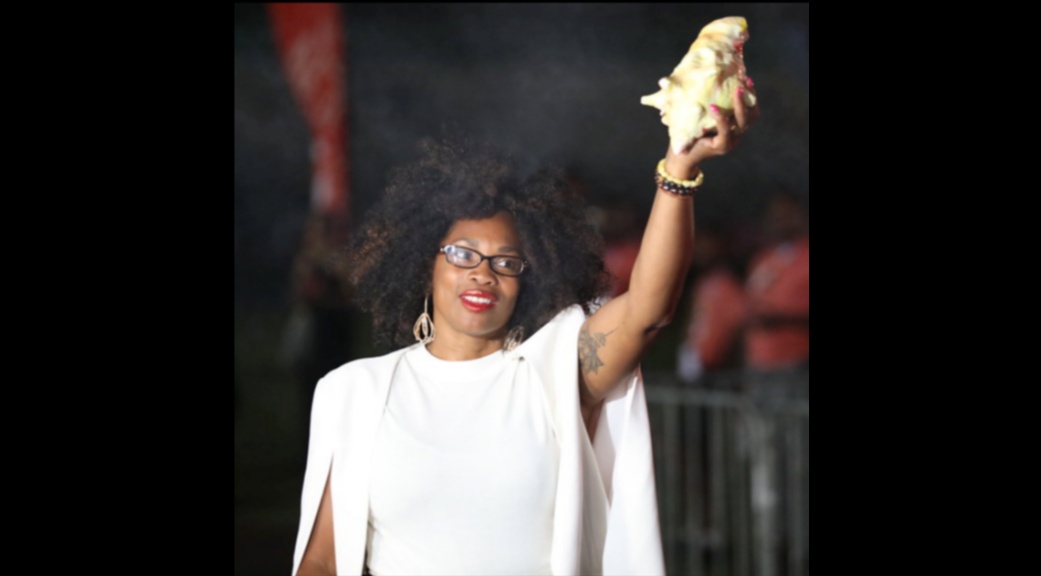 The Caribbean Games will take place from June 29 to July 3.

The region’s Under-23 athletes will compete for supremacy in Athletics, 3×3 Basketball, Cycling, Futsal, Netball, Swimming and Judo.

Caribbean Games action will be aired on the Panam Sports Channel.