Opinion: Chlöe Swarbrick put her campaign win down to old fashioned grassroots campaigning – and this may be the case, Brigette Morten writes. The swing to her as the Green Party candidate was huge and very few people predicted it.

Swarbrick was rumoured to have up to 700 volunteers on the ground which in the geographically small area of Auckland Central is significant. Most of these volunteers were probably not from her electorate. But that didn’t matter.

In the year of Covid-19, a good grassroots campaign was difficult.

However, based on last night’s result, grassroots campaigning only appears to help if you have the swing behind you. You can’t out doorknock poor party poll results.

One example – National’s Chris Bishop is acknowledged across the political spectrum as one of the hardest working MPs. If a community group is having an envelope opening he is there. And his campaign has made tens of thousands of voter contacts this year. But he lost the electorate seat to Labour’s Ginny Anderson.

In Paula Bennett’s old seat of Upper Harbour, many wouldn’t have even known the now MP-elect Vanushi Walters was running. There was barely a hoarding to be seen whereas National’s Jake Bezzant was everywhere.

Bishop and Bezzant couldn’t out campaign a national swing. 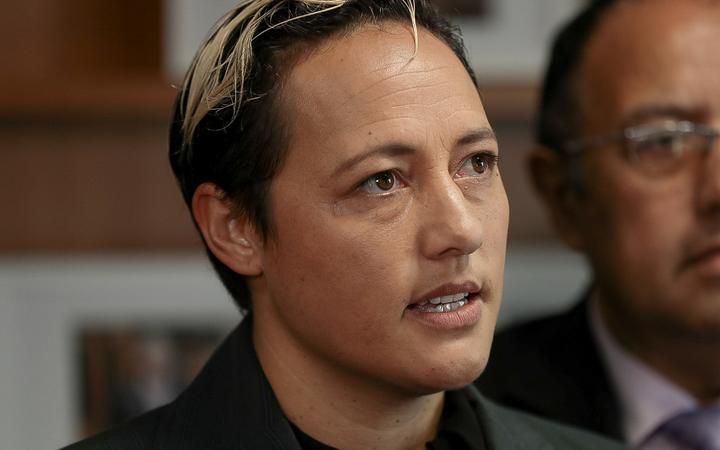 Even without Covid and without the swing to Labour, she had a good chance of winning the seat. But this hard work ensured she did it with a healthy majority.

Due to the impacts of Covid-19, a lot of campaigns tried to move online. This was particularly prevalent in Auckland when they went in to a second lockdown. Candidates ran Q&A live Facebook sessions and profiled local businesses.

But for the most part digital campaigning still only seeks to reinforce a person’s vote. It doesn’t change votes in the same way a one-on-one conversation between a candidate and a voter can.

There were also periods when it was felt it was inappropriate to campaign. Trying to engage constituents on who to vote for when they were struggling with the realities of the lockdown would have done more damage than good. When Auckland went in to lockdown in August, the main political parties all suspended their campaigns.

Even as they slowly restarted, it was unclear whether voters would welcome a politician on their doorstep or even on the phone. The traditional rules of campaigning went out the window as campaigns tried to work out how to access voters.

Grassroots campaigning also relies upon having the right conversation with voters. For obvious reasons, voters mostly wanted to talk about Covid. Labour had a natural advantage. For NZ First their traditional modus operandi of big stunts that pull the spotlight on to them simply couldn’t go ahead.

For many of the parties their grassroots campaigns were financially strained. They were required to keep the administration of the campaign alive for an additional month after the campaign was delayed. Reprinting material as it quickly went out of date, spending on social media ads and digital billboards had to be extended, and the wages for paid campaign staff had to be found.

This is without the traditional ways of fundraising with in-person events like campaign launches and candidate lunches.

It is too soon to see whether this year’s unusual ‘Covid’ campaign will have an impact on how parties campaign in 2023. For those in losing seats, it is hard not to wonder whether it is worth the bother when so much of the election seemed to swing on who the party leaders were. But others will have the foresight to look to Swarbrick’s campaign and start stealing some of her tactics.

*Brigitte Morten is a senior consultant for Silvereye. Before that she was a senior ministerial adviser to the Minister of Education in the National-led government, and an adviser and campaign director for Australia’s Liberal Party.

Capitaleños, Puerto Plata and Santiago residents, those who most violated the curfew this week

The 2020 election for the White House and Congress poised to hit record-shattering $14 billion, updated estimate shows

Capitaleños, Puerto Plata and Santiago residents, those who most violated the curfew this week

‘Children brought here by coyotes’: Trump squares off with Biden on immigration – video | US news

Own A Small Business? This May Be Your Best Tax Move For 2020