A Dominican who has been named as the Valedictorian of the Fall 2020 graduating class at Grambling State University is hoping to find cures and or improved treatment for  cognitive disorders such as Alzheimer’s and Parkinson’s disease.

Kimorah John, who hails from the community of Paix-Bouche, on November 20th, 2020, graduated from Grambling with a Bachelor’s degree in psychology and a minor in sociology, obtaining a cumulative 4.00 GPA.

In an interview with Dominica News Online (DNO), the first-generation graduate revealed that when she got the news of her achievement, “I was  overwhelmed with emotions. I felt ecstatic. I felt honored but most of all, I felt satisfied because I can be really hard on myself at times, So it was a very  satisfying feeling to know that all my hard work had paid off.”

In addition to the support of friends and family, particularly her grandparents, Augustina and Gerald Bontiff, who raised her, John says another source of motivation was her determination to have a bright future.

“Three years prior I attended an all-girls boarding school in Virginia. So there, I also had a  rigorous curriculum and strict rules to follow so I learned a lot of discipline. So I believe this school prepared me for this next step. I was able to transfer everything that I learned there and apply it in a university setting. So my transition was rather smooth,” John revealed about her transition to university.

She labeled her experience at Grambling as exciting and rich and while admitting that she had to step out of her comfort zone, she said that ultimately led to her success as she got the opportunity to participate and win several competitions, her most recent, the Golden Pitch 2019 – The Entrepreneurial Accelerator Program.

To anyone back home interested in following her footsteps and furthering their education, John she encourages them to “go for it.”

“Whatever knowledge you gain, no one can take that from you. Of course, you might encounter challenges along the way, but stay encouraged, persevere, keep that tenacity and you will achieve success,” the Dominican scholar advised.

In the near future, the honor student is hoping to obtain her Master’s Degree in Cognitive Disorder. 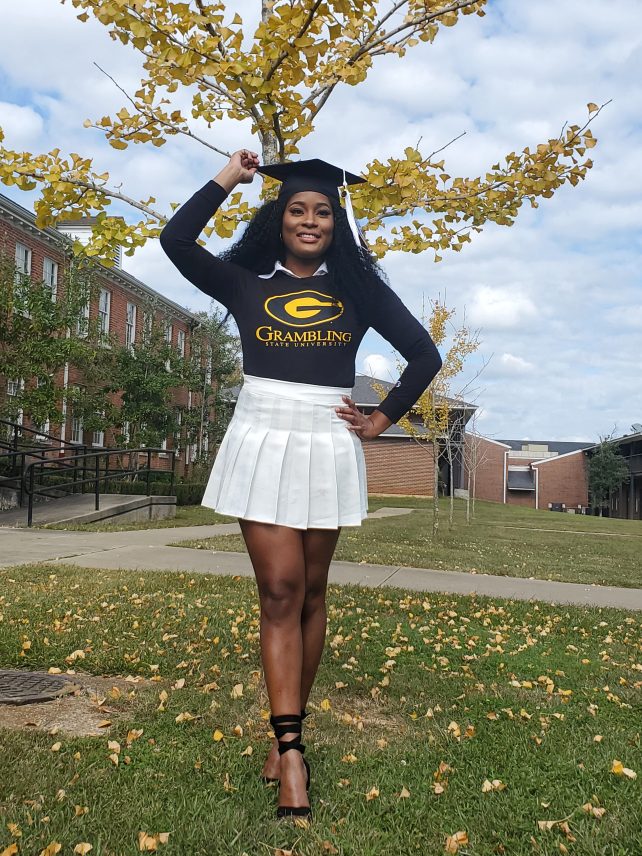 What Does it Mean for Dominican? |

Tigers’ Gregory Soto will come to spring training with a championship

SBA Partners with National Science and Technology Council to award $330,000 in Prizes in New Lab to Market Competition

Is Micron Technology Stock a Buy?