The Dominica Labour Party (DLP) has launched its 2019 Manifesto.

The Manifesto, entitled ‘Dynamic Dominica’ a New Season of Development, was presented to the Dominican public at a meeting held on the Mahaut Playing field on Thursday night.

The party gave the assurance that whatever was delivered on Thursday night will be delivered to Dominica because the DLP has demonstrated that it keeps its promises.

Prime Minister Roosevelt Skerrit who was addressing DLP supporters gathered at the event said the manifesto is laid out with a pictorial that traces the history, the challenges faced and the success of labour.

“It then goes into broad sections, building resilience is section 1. This, as you know, is my signature initiative,” he revealed. “While most people think resilience in the environmental context, the manifesto seeks to create resilience building in a social and economic context.”

Skerrit continued, “It is the goal of the labour party that I lead, to build something valuable, sustainable and enduring.”

According to him, the country’s national infrastructure has to sustain the people who live in the Dominican society.

To address climate resilience Skerrit said the DLP intends to put its utility on the ground.

“Utilize building standards that allow our properties to stand against extreme weather events…,” he stated, “we will build disaster resource centres across Dominica with community evacuation plans at Castle Bruce, Grandbay, Jimmit, the Kalinago Territory, Marigot, Portsmouth and Roseau.”

The prime minister said that this will be accomplished, “by utilizing renewable energy from geothermal resources, banning single-use plastics and giving incentives for electric vehicles.”

Furthermore, Skerrit said his party’s plans to construct 5000 climate-resilient houses is well on the way, “as our efforts to reinforce our drainage and defenses and establish in Dominica, a global centre for climate studies.”

He mentioned also that his party plans to expand the country’s cruise capacity by building a cruise port to hold more cruise ships and bring greater activity into the city.

The construction of a new International Airport also forms part of the DLP’s 2019 Manifesto.

The DLP leader said the Manifesto ends with the section Dynamic Dominica and the world.

“It deals with the Dominican diaspora whose skills, goodwill, energy and resources we need to help build ‘Dynamic Dominica’,” he indicated. “It also points to the fact that this government prudently extended our global footprint with strategic friendships which advanced our national interest.”

He went on to say that his party is offering Dominicans the only real development plan that has been put on the table which presents the social policies and programmes that will make a difference in people’s lives.

“It demonstrates how young people will get new opportunities and it indicates by what means the country’s seniors would be given comfort as they age,” he said.

Skerrit said in this election, the moment has come for labour to lay its plan before the country and say, “judge us.”

“We ask you to judge us on five things,” he indicated.

1.      The quality of labour’s performance as a government, having to face two hurricanes virtually back-to-back and one of them with the devastating power of Maria.

2.      The progress of Dominica over the last 20 years, we have moved from the island with the least development to one which is growing rapidly and comparing favourably to our neighbours who used to be far ahead of us.

3.      The social services, healthcare, education, housing and infrastructure labour has put in place in Dominica which has modernized this country.

4.      Labour’s delivery on its past promises made on political platforms and in previous manifestos

5.      The quality and breadth of labour’s new vision for the Commonwealth of Dominica.

The Dominica Labour Party Manifesto is now available at www.dominicalabourparty.org 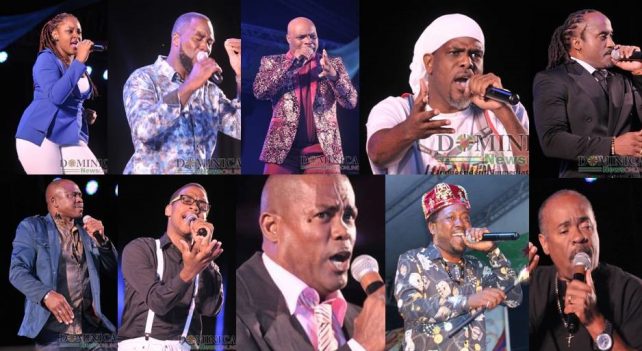 Police vow to do ‘what is necessary’ to ensure peaceful carnival

There is expected to be an increased police presence in the streets on Carnival Monday and Tuesday.

Police Chief, Daniel Carbon said the decision is to ensure the prevention of violence and crime during the two days of celebration.

“The police will be in full force on both days. We have been having incidents in carnival; two years ago, and before that, we have been experiencing some deaths during carnival street jump up,” he said at a police press conference on Friday.

Carbon stated that the general public is entitled to revel and enjoy themselves while parading but the police have a responsibility.

“We will do what is necessary to be done lawfully so, to ensure that the carnival is peaceful [and] people will enjoy themselves in an atmosphere of peace and tranquility,” he said.

The Police Chief indicated that for the past few years, officers have been putting in place CCTV cameras around the city of Roseau.

He said these cameras will assist in monitoring persons in real-time as carnival progresses.

“We are not putting the CCTV to spy on people unlawfully but we have a responsibility to gather our intelligence…we have to take measures to prevent crime and…to detect crime.”

Carbon called on the general public to conduct themselves properly on both days and if any crime is seen committed, to report it to the police immediately. 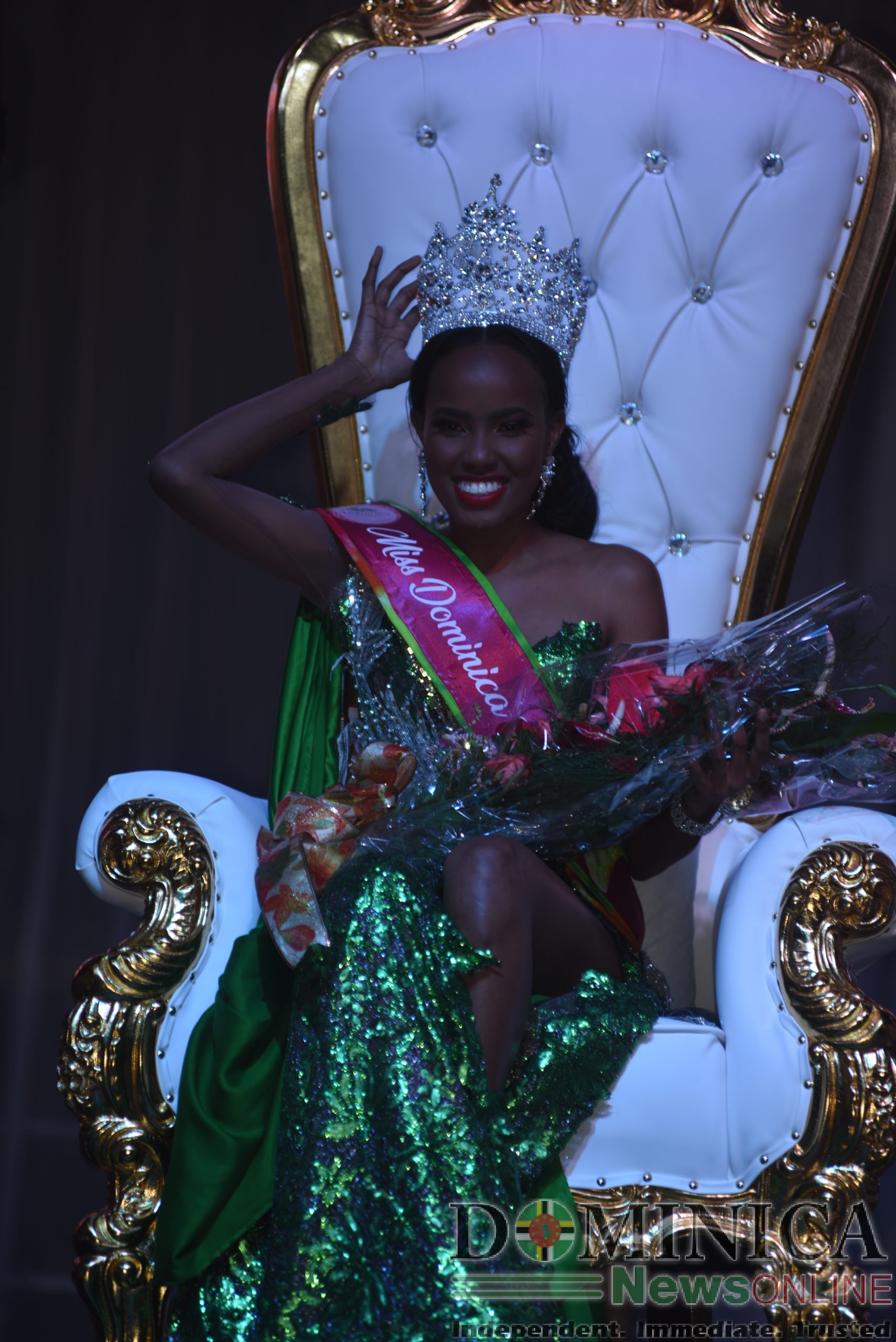 Dominica’s 2020 Carnival Queen has attributed her success in the competition to hard work. 20-year-old Savahnn James beat six other contestants to clinch the title at the Miss Dominica 2020 pageant which was held on Thursday night.

“I am very excited; I am very happy and I worked very hard,” she told reporters shortly after being crowned.

She said her response to question gave her the edge in the competition.

“I was very strong; I was very confident in the way that I was answering so I think that gave me the edge,” James said.

With her platform ‘Sustainable Living Through Renewable Energy,’ James said she plans to work with the environmental clubs to help bring awareness on the topic.

“I am very passionate about the environment, so I think it’s important that I make my platform not just a platform, but a lifestyle,” she stated.

James said she is looking forward to represent Dominica at the regional pageants.

She advised any young women who plan to participate in the Miss Dominica pageant to “go for it.”

Meantime, Events Coordinator at the Dominica Festivals Committee (DFC) Marva Williams said all the contestants were amazing and put on a great show.

“The contestants were amazing,” she said.

According to her, a realistic assessment of the show will show clearly that there are a lot of talented young people in Dominica.

She congratulated the new Miss Dominica and her team as well as Primrose David and Shannon St Hilaire.

“They all did an amazing job and it was a really tight competition,” Williams said.

Williams mentioned, however, there are a lot of things that need to be reviewed.

“We have recognized failures in certain avenues and we are committed to put things in place to help members,” she stated.

Williams revealed that registration is open to other young women who want to participate in the 2021 National Queen pageant.

“We know that the winning prize is a full scholarship from the government of Dominica to study at a University on any subject of their choice and I think that is an opportunity young ladies could take,” Williams stated.

Tyson Fury knocks out Deontay Wilder in the 7th round

Dubs or subs? Parasite renews debate on how to watch foreign films

We will 'fight to the death' to save the Amazon rainforest