It was always going to be tough for Treyarch to follow up on both Call of Duty: Modern Warfare and Call of Duty: Warzone. The twosome has created a powerhouse for the past 12 months, providing the franchise’s devout fanbase with some of the best and most consistent content drops ever seen. But such is the Activision statement that another instalment must take its place. Call of Duty: Black Ops Cold War finds itself in that unfortunate position — an entry that despite being reasonably solid, feels like it has somewhat fluffed its lines. This is perhaps the very safest route the series could have taken upon the dawn of the PlayStation 5 generation.

Given the sub-series this Call of Duty title finds itself in, you surely know the score by now. A campaign steeped in mystery and subterfuge provides the backbone for an extensive suite of multiplayer options and a Zombies mode that continues to feel like it could be broken out into its very own game. There’s a lot to get through here, so let’s start with what we think is the best of the bunch. 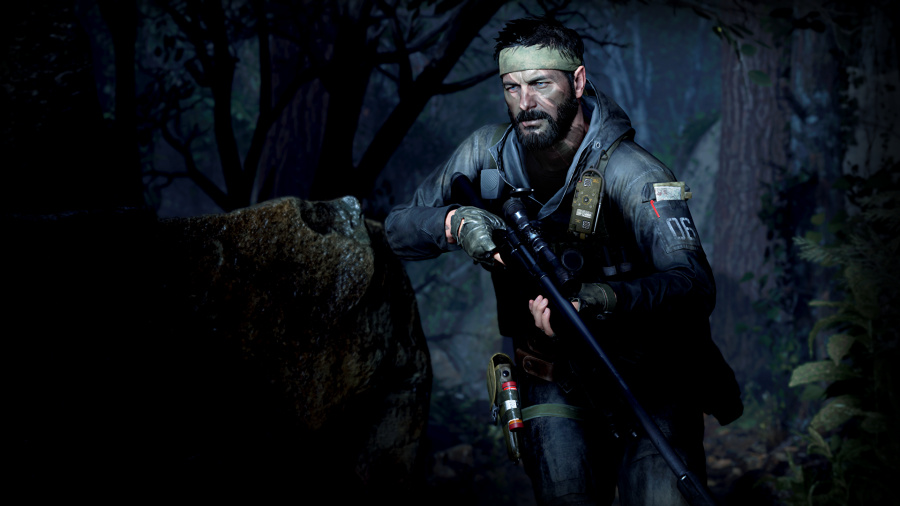 What may come as a surprise is that it’s the single player story. In an attempt to widen the boundaries of what a Call of Duty campaign can offer, Black Ops Cold War introduces a light sprinkle of player choice, dialogue options, and side missions. All of which affect the story and determine what ending concludes the five-hour adventure. Levels are selected from the comfort of a safe house, evidence collected on your travels helps to crack secret codes, and cross-referencing those items leads to further discoveries. More traditional, linear levels are used to bridge the gap between these bursts of spy-like action, but they too provide a lot of highlights.

The game embraces its Cold War setting with undercover missions inside KGB headquarters and ventures across the streets of Berlin and into the residence of high-ranking officers. It’s enough to make you feel like a legitimate spy, even if the loud mouth of Frank Woods is bellowing over the radio. In combination with the usual run and gun action of the FPS franchise, it never feels like the campaign leans into one of the two extremes too much. There’s always an intense and chaotic mission right around the corner or the quieter moments of carefully picking your targets with a sniper rifle on the outskirts of an enemy base. Call of Duty: Black Ops Cold War gets that balance just right, satisfying both those who want something new as well as a series traditionalist. 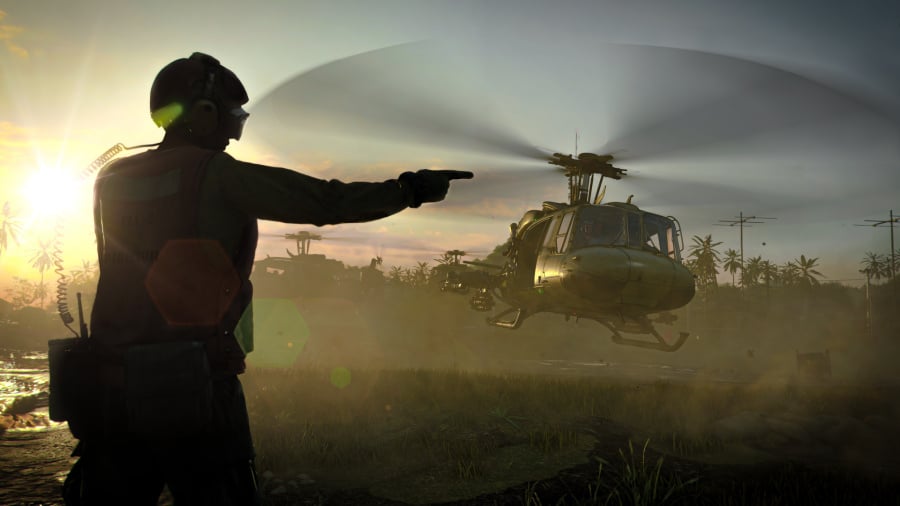 It all makes for a digital thrill ride that reliably ebbs and flows with no real pacing issues in view. Strap in with the basic character creator to give your choices a bit of lasting impact, then engage with the welcome list of gender options that stretch beyond male and female. It’s by no means a Telltale title — your decisions aren’t that important — but the illusion in the moment will definitely have you considering every option on offer.

If only this sort of risk-taking had carried over into the multiplayer. It feels like we’re at a point where its general contents hardly need explaining — osmosis does the job of ensuring gamers know what to expect. And, rather worryingly, the online offerings of Black Ops Cold War are exactly what you would anticipate. You name the mode, it’s there. You name the gun, it’s probably there. This is very much a no-frills take on Call of Duty multiplayer with little in the way that could actually be considered noteworthy. In fact, it’s better to discuss what’s not there.

There are just eight maps to master at launch, many of which are either forgettable or downright frustrating. That’s significantly less than past entries, meaning you’ll most likely find yourself selecting the same locations over and over again during a single play session. It becomes monotonous far too quickly, especially when you’ll quickly develop a list of maps you’d rather not play. Gunplay is its usual solid self along with an extensive list of score-streaks, challenges, and opportunities to level up. But all of that is expected at this point. It’s hard not to feel like the Battle Royale titles of the world (Warzone in particular) are eating its lunch. Traditional Call of Duty multiplayer is in dire need of some new ideas. 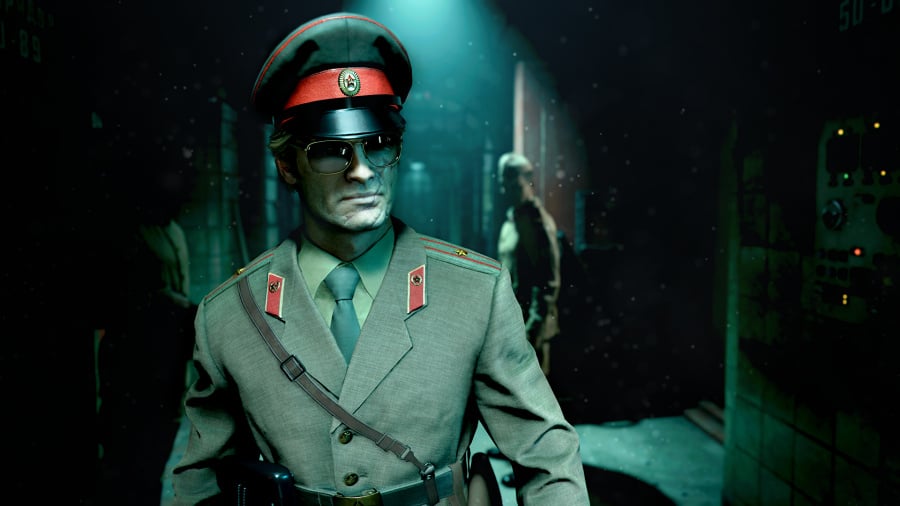 The funny thing is that Black Ops Cold War does introduce a brand new mode. However, it sits so awkwardly in between large-scale Battlefield warfare and what Activision’s franchise is known for that it immediately feels outdated and irrelevant. Fireteam: Dirty Bomb, to give its full title, tasks 10 squads of four with collecting Uranium and arming explosives with that resource. The problem is that it satisfies neither style of gameplay with random bursts of action followed by stretches of aimlessly wandering the map. To see the mode return for future titles would be a surprise.

Of course, such is the post-launch support Call of Duty games are provided, the title will eventually grow with more maps and weapons. However, at the point where a $60 purchase is required to gain access, it simply doesn’t have enough content. Just eight maps and the same style of multiplayer we’ve known for 13 years doesn’t cut it anymore. It’s time to do much, much better.

And then there’s Zombies, which you’re either fully invested in or couldn’t care less about. Black Ops Cold War introduces some more onboarding to help newcomers with working out what they should be doing next, but the Die Maschine map will do absolutely nothing for you if past efforts failed to inspire any interest. Still, you have to admire the sheer amount of content it packages together with a standalone storyline, unique mechanics, and Easter eggs for its hardcore community to solve. Dead Ops Arcade and the PlayStation exclusive mode Onslaught serve to bolster the Zombies package, but they’re mere footnotes as far as the main mode is concerned. If slaughtering waves of the undead takes your fancy, the game will sort you right out. 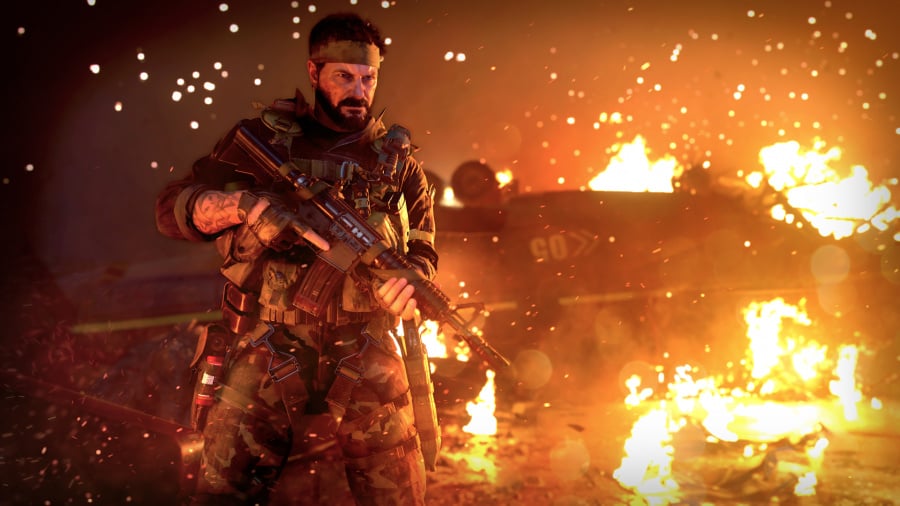 And all the while you’re playing, the PS5’s adaptive triggers will be putting in work to immerse you in the experience that little bit more. Seriously, if you need another showcase for the DualSense controller besides Astro’s Playroom, this is it. Every type of weapon handles differently and feels unique to shoot, with assault rifles relatively easy on the trigger while LMGs genuinely feel heavy in your hands. It takes actual effort to bring up the sightlines of an RPD and even more work to start firing rounds. Sniper rifles give a quick jolt of vibration as their bolt action nature is called into effect while SMGs feel light to the touch. Call of Duty: Black Ops Cold War realises the next-gen promise in that regard — a special moment for all involved.

PS5 also makes the title the best-looking Call of Duty yet on consoles, but then that was obviously going to happen. Cutscenes look absolutely outstanding while general gameplay looks a cut above the PlayStation 4 version with stunning vistas and extremely detailed character models. And while there is the minor dip here and there in the campaign, the series’ trademark 60 frames-per-second helps to keep proceedings running smoothly.

As solid as the package is, Call of Duty: Black Ops Cold War has to be one of the safest series instalments for quite some time. Multiplayer is seriously starting to show its age with tired ideas and even duller gameplay, leaving the campaign to rescue things. Its open-ended approach allows player choice to take prominence while Zombies is just as deep as ever. A passable effort for the start of the PS5 generation, but Activision must buck up its ideas for next year.

US election results: Why Trump increased support among non-whites

US election results: Why Trump increased support among non-whites

Thanksgiving travel in the middle of a global health crisis

Not a drill: Courts in Bridgetown evacuated

Isaac: No spike in COVID-19 cases expected for Christmas unless…

We need new means to ease the squeeze!