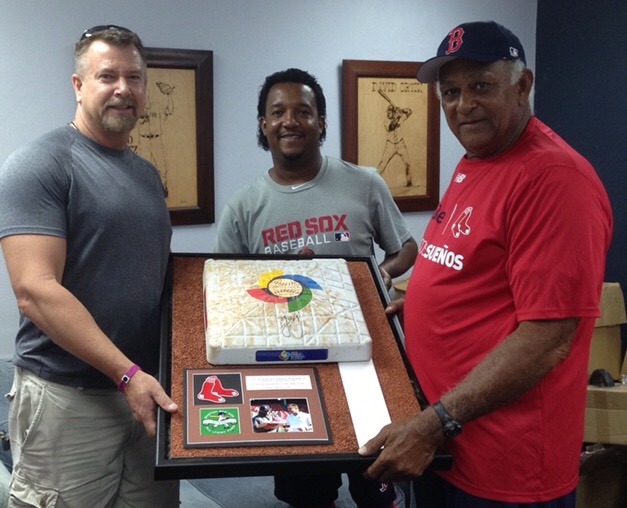 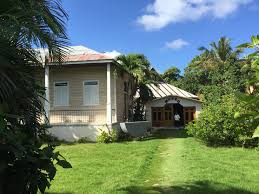 One man’s single-handed campaign to recognize a critical event in history, the hotel, and town where it all happened, and make it all about the present.

Sosúa is a pretty dynamic, highly unique town as towns in the Dominican Republic go.

With its thriving tourist and expatriate scene, most Dominicans will tell you Sosúa is not a typical Dominican town in any sense. And that includes its origin story, which has its basis in the events of World War II and the Evian Conference.

Most people are unaware of this small footnote in World War II history, but for at least a thousand people, it will never be forgotten.

By 1938, Adolph Hitler had begun his persecution of the Jews. From 6–15 July 1938, at Évian-les-Bains, France, he offered thirty-two countries a chance to relocate them and find a place for them in their societies.

But during the nine-day meeting, delegate after delegate rose to express sympathy for the refugees along with excuses as to why they couldn’t take any.

All but one country refused to take any refugees. Dictator Rafael Leónidas Trujillo agreed to take 100,000 Jewish refugees into the tiny island nation of the Dominican Republic.

Trujillo’s generosity probably stemmed mainly from his eagerness to have the Western nations overlook his brutal massacre of between 15,000 – 25,000 Haitians in 1937. He also wished to “whiten” the people of his country, believing that the young European men would marry Dominican women and produce light-skinned offspring.

They were to settle in the abandoned banana fields of a town called Sosúa. In return for farming and clearing the dense jungle land area, every new Jewish settler was to receive 80 acres of land, ten cows, a mule, and a horse upon arrival.

Ultimately, less than one-thousand Jewish refugees were able to make it to the refuge of Sosúa.

Today, fewer than 25 Jewish families remain in Sosua. Their dairy business supplies most of the butter and cheese consumed in the Dominican Republic. Next to the town’s synagogue is a museum. The final caption on its exhibit reads: “Sosua, a community born of pain and nurtured in love must, in the final analysis, represent the ultimate triumph of life.”

By the end of 2015, “the ultimate triumph of life” had been entirely and willfully forgotten. When Hugh Baver visited Evian on a business trip that year, he had to explain to the manager of Hotel Royal that the Evian Conference had indeed, happened there. The manager had no idea that it had.

Baver, a former pitcher for the Oakland A’s, had asked the staff to speak to the manager about the historical significance of the hotel, but they were reluctant. Baver showed the staff proof of his identity on their computers using Google search results for his name and photographs from the 1938 conference. The staff recognized the architecture in the photos as their hotel and brought the manager to speak with Baver.

Through slow, patient work with the hotel management over the next two years, Baver was able to make last year‘s 80th-anniversary commemorative event happen. It was the reward of a significant effort, mostly because the hotel did not want to have their name associated with a failed event/Conference. But Baver was able to convince them that the failed framework of the conference and the results were not the faults of the hotel. The additional fact that it ultimately resulted in a thousand saved lives was very positive and significant.

Baver’s founding of the Evian Conference memorial commemoration had its roots in his learning about the history of Sosua in 2013. His path to Sosua began with the eBay purchase of the first base from the World Baseball Classic of 2013, which was the first-ever win by the Dominican Republic.

The first base arrived at Baver’s door on the day of the Boston Marathon bombing, which was instrumental in his decision to donate it to the Red Sox and the Dominican Republic as a historical artifact.

Baver went to the Dominican Republic and delivered the first base in-person to Jesus Alou, former major-league player for the Oakland A’s during their world championships of 1972 through 74. Alou is also the current director of the Red Sox Academy in El Toro, just south of Santo Domingo. 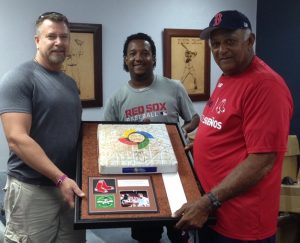 Aware of Baver’s Jewish background, Alou suggested that Baver might be interested in visiting Sosua as it was settled by Jewish refugees during WWII.

Baver was intrigued and followed-up on Alou’s suggestion. The timing of his visit happened to coincide with a special synagogue visit by the Dominican Israeli ambassador. During that same week, there was a seaside holocaust commemoration service, which was the first time that an Israeli and German ambassador joined together to attend a Holocaust memorial event.

Under these circumstances, Baver met Sosua mayor Ilana Neumann and some of the other dignitaries and got to know the town, and even more of its history close-up, and in-person.

Tune in next week to read the continuing saga of Hugh Baver, how his adoption set him on his path, and his ongoing vision for Sosúa, baseball, and the DR at large.

Related Topics:
Up Next

Young adults under 25 have a majority in the voter register with 18.6%

Santo Domingo.- Civic and Social Front president, Isaías Ramos, on Fri. called on the population to demand the continuity of the perimeter fence along the entire 388-kilometer Dominican Republic-Haiti border.

Ramos said that it’s not difficult to traffic illegal aliens at the border, “where today there is abundance of chaos, disorder, anarchy and insecurity that affect our sovereignty, the security of our citizens and authorities.”

He said i’is not enough to build 50 or 60 km that will only move the illegal operation and make it a little more difficult.

Santo Domingo.- The Defense Ministry will expand the video surveillance system through real-time monitoring of the entire routes of the Metro and the Cable Car of Santo Domingo, (MIDE), according to an agreement signed with the Transport Reform Office (OPRET).

The agreement signed on October 30 stipulates that the objective is to facilitate “the interconnection of the Command Center, Control, Communications, Computers and Intelligence to the OPRET Video Management Systems, for real-time monitoring, in the different Metro and Cable Car lines.”

It adds that OPRET will provide the necessary access to Defense, which allows the connection to the systems, for real-time monitoring of the different lines of the Metro and Cable Car of Santo Domingo.

Santo Domingo.- Fuel prices (in gallons) for the week from December 21 to 28 remain unchanged:

Coronavirus pandemic: Updates from around the world – CNN

Bafta TV Awards: Fleabag and Game of Thrones up for ‘must-see moment’