Germany’s ocean cruise market leader will embark on its winter season with a strong presence in the Caribbean as AIDAsol sails Saturday from Hamburg on the first of three long trans-Atlantic itineraries scheduled for the coming months.

Branded as ‘Big Caribbean Winter Break,’ this program takes passengers to the Caribbean without needing to fly. AIDAsol will carry passengers round-trip Hamburg.

In addition, AIDAdiva, AIDAluna and AIDAperla will sail in the Caribbean.

AIDAsol’s first round-trip will stretch 40 days, including 12 days in the Caribbean with stops at destinations including Barbados, St. Lucia and St Maarten. On the way westbound AIDAsol will visit Cherbourg, A Coruña and Tenerife; calls on the return are Ponta Delgada and Lisbon. Two further round-trips to the Caribbean will depart from Hamburg on Nov. 25 and Jan. 7.

Meanwhile, AIDAluna will depart from Kiel on Oct. 18, AIDAdiva from Warnemünde on Oct. 26 and AIDAperla on Nov. 6. The Caribbean season for all three ships will stretch until March, and all will be based at La Romana in the Dominican Republic, with AIDAperla also sailing from Bridgetown, Barbados. All offer 14-day itineraries.

AIDAsol’s long voyages are innovative for Germany, though cruises of this kind took place in the past: Until the 1980s, before the Berlin Wall came down, the then state-owned GDR (East German) Deutsche Seereederei Rostock operated cruises from Warnemünde to Cuba and back, ultimately with Arkona. Access to these cruises was limited, however, and the price — compared to other holidays available in East Germany at the time — fairly high.

Nevertheless, the cruises were popular and are still remembered well among older travelers from GDR. It could be that AIDA’s new offer revives memories from their trip aboard Arkona.

Cruise calls at Guadeloupe and Martinique will be delayed until at least Jan. 15, a decision taken this week by the governmental Comité France Maritime, local authorities and CLIA France. It had been expected that cruising would resume for the two islands Nov. 15.

Ensuring a successful winter season for Guadeloupe and Martiniique was CLIA’s goal and a challenge for the French government due to low vaccination rates, as explained by Erminio Eschena, president of CLIA France, and confirmed on the overseas television channel La 1ere.

This is a hard blow for locals, the islands’ economies — cruise spending is estimated at €77 per visitor — and for the cruise lines.

This followed SeaDream II’s Oct. 1 inaugural call, which also marked the reopening of cruises between Turkey and Greece.

Princess Cruises today marked the return to service of its fifth ship and third from the US, Emerald Princess, which is departing from the Port of Los Angeles on a 15-day Panama Canal cruise to Fort Lauderdale.

The first passsengers were welcomed with a ribbon-cutting ceremony.

‘Princess has been a part of so many special memories for us,’ said Chris and Kathleen Lennon of Monument, Colorado. ‘This is our 20th cruise and our third time on board Emerald Princess, and the excitement we felt when we arrived today was overwhelming. It truly feels like coming home.’ 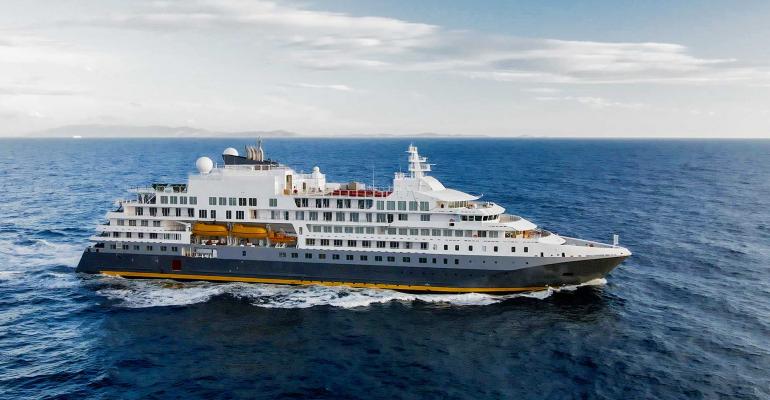 While many itineraries in the 2021/22 Antarctic season are sold out, cabins are still available on select itineraries, including two that begin at Buenos Aires. They are ‘Celebrating Shackleton: Journey from Antarctica to South Georgia,’ a 20-day voyage following in the footsteps of Sir Ernest Shackleton’s trans-Antarctic expedition (1914–1917), including Elephant Island and wildlife-rich South Georgia. There is also availability for ‘Essential Patagonia: Chilean Fjords and Torres del Paine,’ a 15-day journey into Chile’s fjords and channels.

COVID-19 vaccination is mandatory along with pre-embarkation PCR testing. 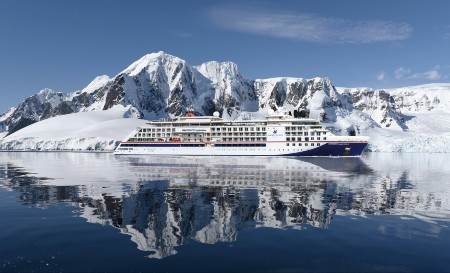 Hapag-Lloyd Cruises to welcome all nationalities in January

‘Due to the global pandemic, our cruise programme did recommence in summer 2020, when we hosted only guests from Germany, Austria and Switzerland. However, from January 1 we are thrilled to be welcoming back on board Europa 2 and Hanseatic Inspiration our fully vaccinated international guests of all nationalities,’ said Julian Pfitzner, CEO Hapag-Lloyd Cruises.

Europa 2 will start the New Year in the Indian Ocean sailing to Mauritius, the Seychelles and Reunion, and will sail on to South Africa, Cape Verde and the Canary Islands, visiting the Azores and Madeira.

Expedition ship Hanseatic Inspiration in 2022/23 will be sailing to Antarctica and the Arctic, the Great Lakes of North America, the Panama Canal, South America including the Chilean Fjords, and Cape Verde and the Canary Islands.

Island hopping in the Caribbean

Moving to the Island of Aruba –

Moving to the Island of Aruba -

Venues will be ready for Commonwealth Youth Games, says Camacho