Two more escapees were recaptured over the weekend, leaving twelve others still on the run since last week’s jailbreak from the Hattieville prison. This morning, Guatemalan national Oswaldo Perez and Luis Paiz were arraigned and sentenced for escaping from prison. Perez’s brother, who was outside the courtroom, says that Oswaldo was forced to flee prison – a charge that has not been lost on Kolbe C.E.O. Virgilio Murillo.  News Five’s Duane Moody was at the courthouse when the two inmates were sentenced.

A total of fifteen escaped prisoners are now back at the Belize Central Prison in Hattieville, having been recaptured following a jailbreak exactly one week ago. Between October fifteenth and sixteenth, thirteen were hauled before the magistrate’s court in Belize City and arraigned for escape. While majority pleaded guilty and were sentenced to a year in prison, four claim that they are innocent of the charge and were simply forced to escape by the alleged masterminds behind the jailbreak This morning, two more namely: Luis Paiz and Guatemalan national Oswaldo Perez were arraigned for escape; they were both caught over the weekend. Paiz and Perez pleaded guilty to the charge and were sentenced to one year in prison to run concurrently. 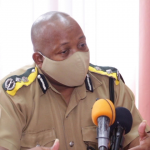 “Our manhunt continued over the weekend and we were able to apprehend two additional of them; that is Perez and Paiz. They appeared in court this morning; I am not too certain what the outcome is. I believe that Perez had pled guilty and had been sentenced to one year to run concurrent with any other sentence that he may be serving.”

Outside the courthouse today, stood the younger brother of Perez who says that the twenty-two-year-old was at the prison for a domestic violence incident and was to be released in November. Perez came to Belize two years ago, and sometime after was found guilty for drug trafficking.  He did his time and settled down in Belize. The younger sibling is the only relative he has living in Belize and he is worried about the well-being of his brother. It is puzzling as to why Oswaldo would escape when he was soon to be released.

Voice of: Brother of Oswaldo Perez

“I say why he wah escape because he only got less than a month to be in there. He only got one month in there and less than a month to be in there. I mean dehn noh got no reason for him to escape; he mi wah come out in November. He mi deh fi domestic dispute which still mi deh under investigation. So he still noh deh charge fi it. And he still mi deh ina Hattieville with all ah dehn murderers ina it. We still don’t know why he escaped because nobody let me talk to him.  I want to talk to him to know what really happened so I could do something about it; a lawyer or something.”

The prisoners escaped from an area known as AdSeg, where it is alleged that inmates are abused. Now the official information is that there were ninety-three prisoners in that area; twenty-eight escaped, some who suffer with mental health issues. Kolbe C.E.O. Virgilio Murillo believes that a number of the escapees were forced at gunpoint to participate.

“They had opened all the gates for all the prisoners at the back there to have come out. The majority chose not to participate. Then when you look at the people who escaped, those are people with rap sheets, people with conduct behaviour in prison. We had twenty-eight persons leaving. One of the things you didn’t know and I am finding out as the days go by is that some of those persons were mentally challenged. Secondly, some of them were literally threatened, to go along, with the gun. So you can’t really classify all of them as blatantly being bad.”

No decision taken on Port of Belize expansion project

Taxi driver killed inside his vehicle in Belize City

Can Chelsea or Tottenham REALLY win the title? – The Haitian Times

Seattle Kraken Will Use Technology to Build Their Team